Over 25 years ago I designed, built and developed the World’s first portable, high-power, high-speed Xenon flash systems for high-speed photography.

This section of the Scientific Artist will consider high-speed flash techniques and will discuss how to set up your DSLR to take both studio and “in the field” HSF images.

Tutorial – why electrolytic capacitors simply can’t do the job!

In this section, I will discuss how you too can take ultra-fast digital images of the quality that you will find on this site.  Before I get into the techniques however it is necessary to go into a bit of Physics (sorry) to explain why dedicated high-speed flashguns are needed to take jaw-dropping quality images.

First – how does a Xenon photographic flash work?  We have a quartz tube filled with Xenon at (typically) below atmospheric pressure, and the tube is designed (basically its length) to hold off a certain number of volts before it breaks down.  A high voltage capacitor is placed across the ends of the tube, the sole purpose of this “energy storage capacitor” is to hold the energy that will end up in the pulse of white light emitted by the Xenon flash tube.  The final part of the flash circuit is the trigger circuit.  The trigger circuit produces a very high voltage pulse which is applied to a wire placed close to the Xenon flash tube.  This very high voltage pulse ionises (that is rips the electrons from) some of the Xenon atoms and these free electrons are then available to form a conducting path from the Xenon tube’s cathode to anode (one end to the other).  The main discharge capacitor now has a route to discharge through the Xenon tube and it quickly dumps its energy through the Xenon gas and it is this that gives out the short, sharp white light pulse from the tube.

So, in principle you can see that this is an extremely simple electrical circuit, a capacitor and a resistor (the flash tube) in series with the energy storage capacitor.  In fact the flash tube is a little more complicated than a simple resistor but for all first order calculations considering it just as a resistor works out fine.

Now resistance in Ohms times capacitance in Farads gives time in seconds, for reasons I don’t want to go into you need to also multiply by 4 to get the “real” time constant for the electrical discharge time.  The light pulse duration time on the other hand (FWHM) looks like R x C, just resistance times capacitance.  So it looks like flashgun design is pretty simple and trivial.  You just get a capacitor whose capacitance is big enough to give you the energy you want in the light pulse, put it across a Xenon tube, and then trigger the tube into conduction.  Well yes it really is that simple, and the complications only set in once you start looking at the hard numbers.

We can for most purposes take the flashtube as a resistor of value 1 Ohm, I have found this to be experimentally pretty close to spot on for all the different tubes I’ve tried.  I expect that it is due to the contacts and externally wiring to the tube being of the order of an Ohm rather than anything to do with the intrinsic tube resistance itself 🙂  Doesn’t matter – 1 Ohm works.  O.K. now it starts getting difficult, how much energy do we want in the light pulse (typical answer for an outdoor photographer as much as you can give me) and how short do you want the light pulse (this isn’t such an easy one to answer either).

Empirically I have found that 150 Joules of energy in the light pulse gives you f#22 at 2 metres with ISO 100.  From this basic data you can scale for energy or any of the other parameters in the usual way.  For photographing birds in flight it looks like 150 Joules (or more of course) is fine giving a reasonable f# and a decent working distance (it simply is not fair on the bird to have a bank of standard camera flashes positioned 1 foot in front of the poor thing!).  So if we assume for a moment that 150 Joules per flash head is about right (I have made 200 Joule per head units which give you just that extra bit of flexibility) then all we need to consider now is the flash duration time.

There is a lot of contention over what flash duration time is sufficient to do the job, especially regarding birds/insects in flight.  This is due to both the size differences between large and small birds (and insects of course) and the speed of movement of their wings.  For a large bird, moving slowly, where you have been lucky enough to catch the wing at its uppermost (or lowermost) point where the wing is practically stationary, you can probably get a good result with a mere 1/10,000th second.  But even with a big bird, get the wing in the wrong position and you will get blurring.  For medium to large birds that are not performing extreme aerobatics you should find that 1/20,000th second will get you a large percentage of good shots.  The exception of course is the little Hummingbird with a wing tip speed around 10m per second.  To freeze action at the 0.1mm level of resolution you need a flash duration around 10us.

Returning to the basic calculation for the flash head design let’s go for 150 Joule energy in the light pulse.  Now the energy stored in a capacitor is given by 0.5 x C x V x V, so energy scales linearly with the capacitance (C) of the capacitor and it goes as the square of the voltage stored in the capacitor.  Also remember that we have a light pulse duration time of around R x C where we have R~1 Ohm, so this simplifies to t~C.  For fast discharge times we want low capacitance values, and for reasonable energy this requires high voltages. Due to the way they are constructed electrolytic capacitors cannot support high voltages and in addition they also have an “effective series resistance” which means that we cannot assume R = 1 Ohm, and the electrolytic, but its very nature, will slow the light pulse down even more – we’ll return to this problem in a moment.

We have 150 Joule energy, let’s now pick the flash duration time, and not to make our lives too tough we’ll pick the longest we think we can get away with – 1/20,000th second or 50us.  This duration time defines our capacitance value – 50uF.  This capacitance value together with our 150 Joule stored energy then defines the operating voltage – 2,450 volts or roughly 2.5kV!!  This is why dedicated high speed flash units are made using bulky paper/mylar type capacitors and not electrolytics.

But – I hear you shout – nowadays we have thyristor cut-off on electrolytic units so I can make the flash duration as short as I like.  And the answer is yes you can, but the penalty you pay is virtually no energy at all in the light pulse for the shortest flash durations.  Why is this?  It all comes back to the “effective series resistance” of the electrolytic capacitor, which is the same thing as considering its intrinsic discharge time.  Left to its own devices (i.e. no thyristor cut-off) the discharge time of a high energy standard camera flashgun is surprisingly long, it can be in excess of 1ms or 1/1,000th second!  Using the thyristor cut-off technique you could create a 10us light pulse, but the amount of energy in the pulse is likely to be around a couple of Joules for a gun which holds 250-300 Joules fully charged.  This is why some people do put together banks of high energy standard camera flashguns – they are trying to get the energy up to get some working distance at a reasonable f#.  Once you start putting together “banks” of electrolytic capacitors (with thyristor cut-off) to mimic what a single paper/mylar capacitor can do you actually end up with a much more bulky unit than you get using a paper/mylar capacitor in the first place.  So the bottom line on this one is there is no “quick fix” and you simply cannot make a silk purse out of a sow’s ear.  You want true high-speed high-energy flash – you have to go the high-voltage paper/mylar capacitor route – using today’s technology, there is no alternative. 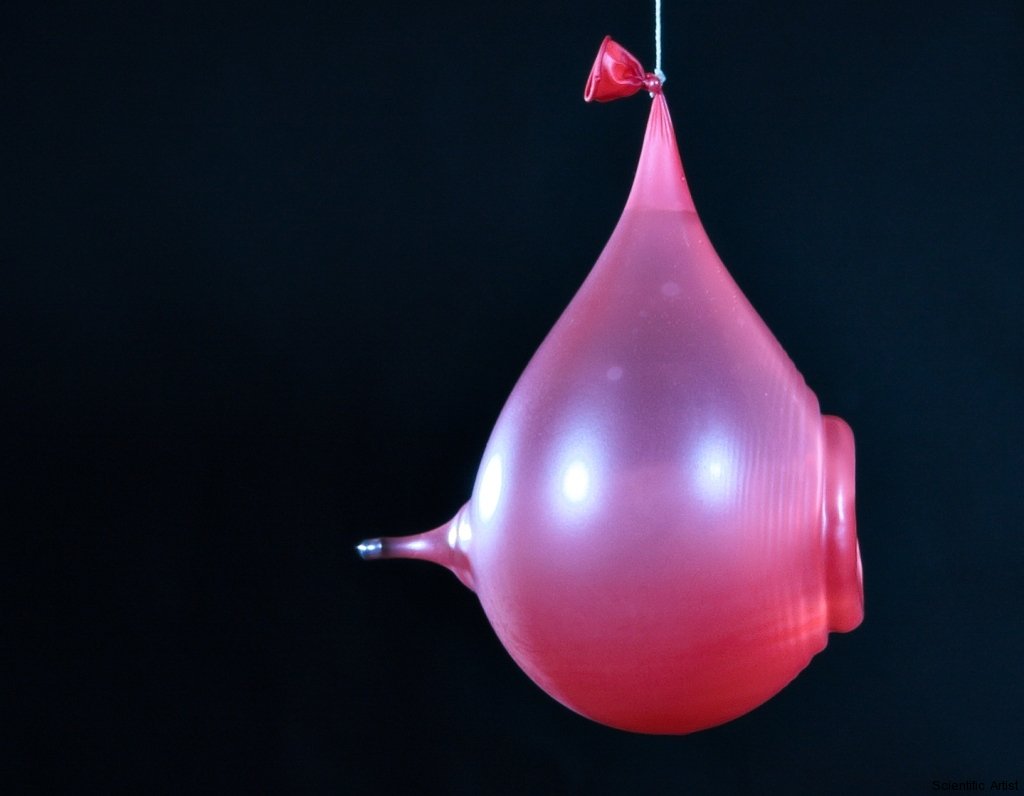 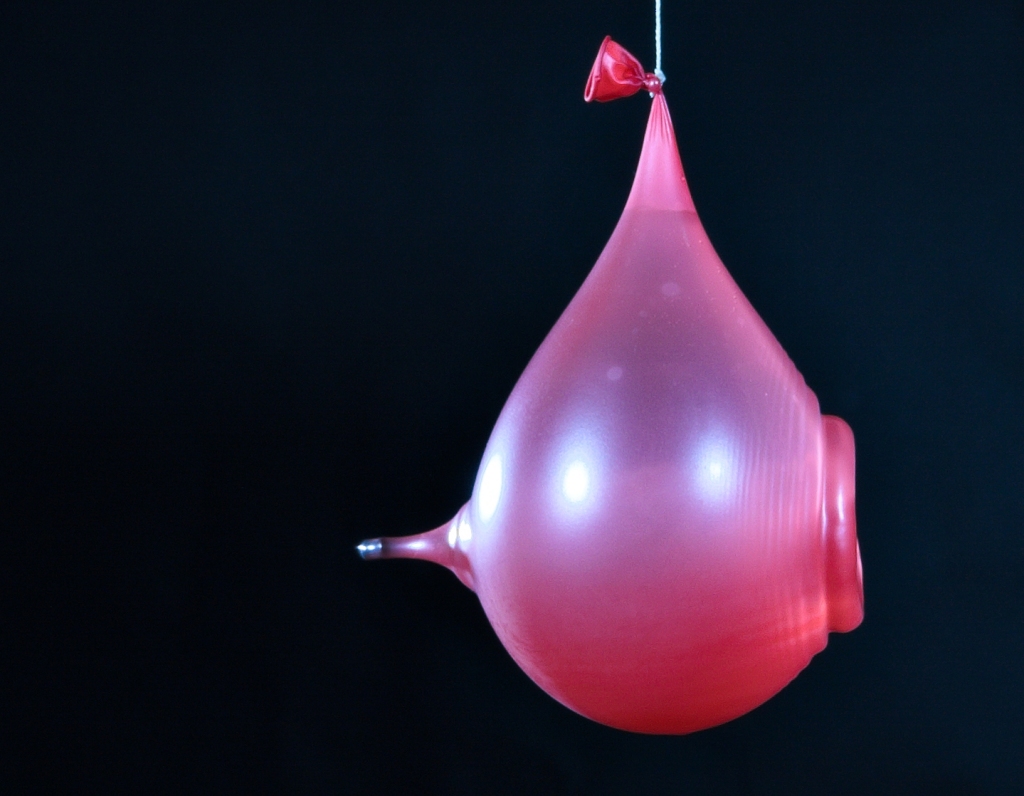 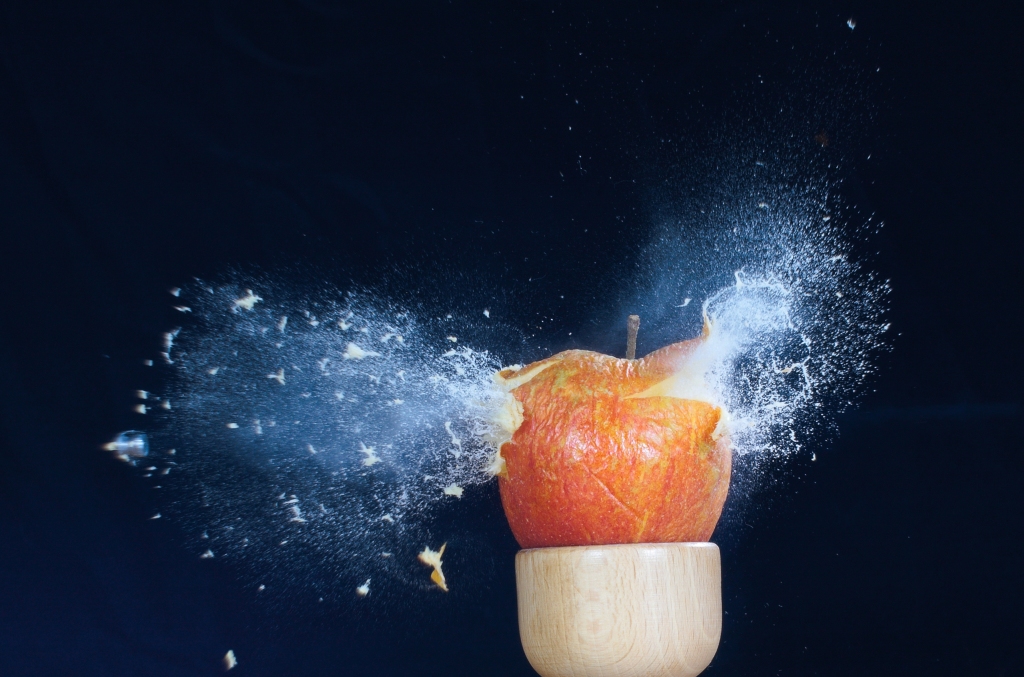 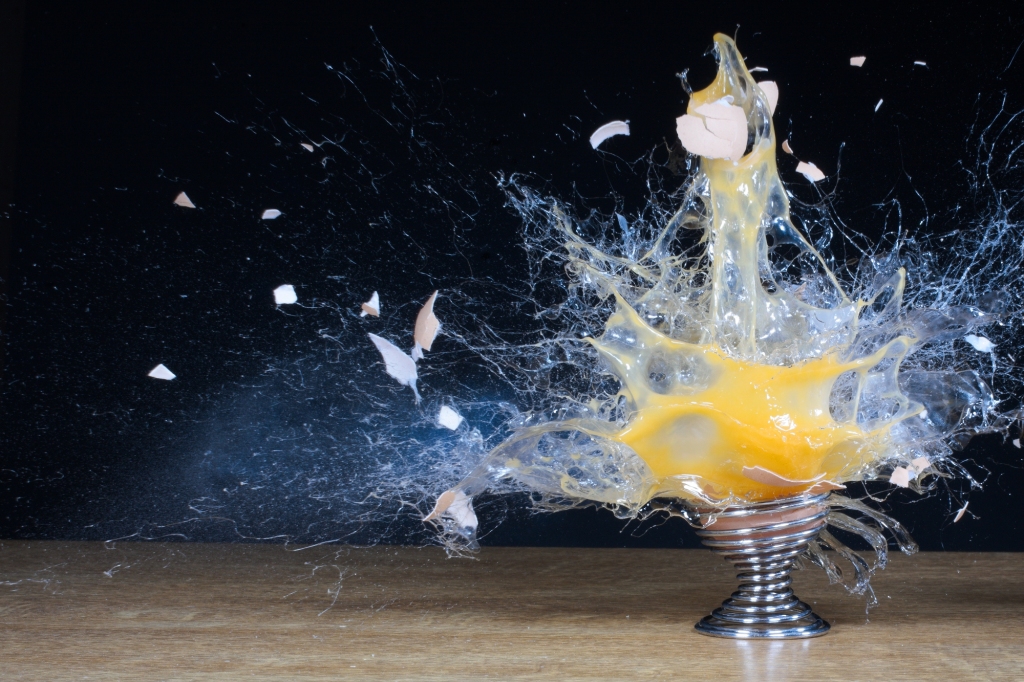 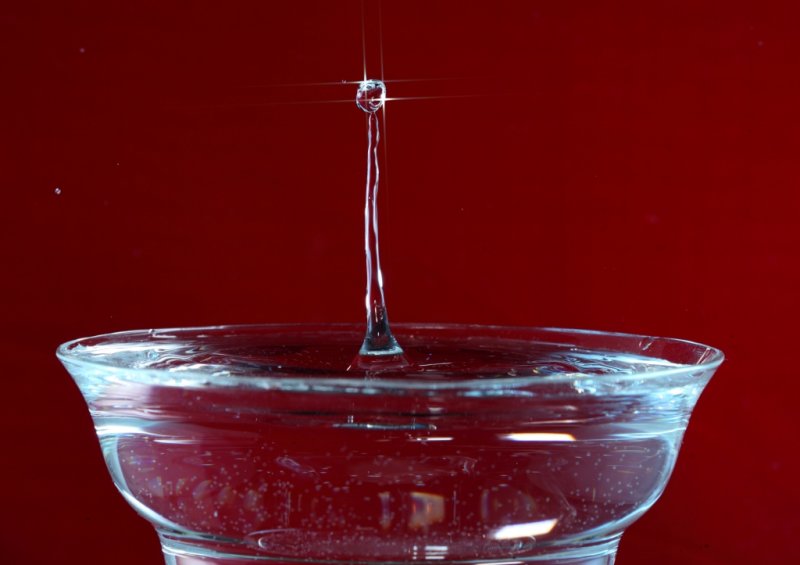 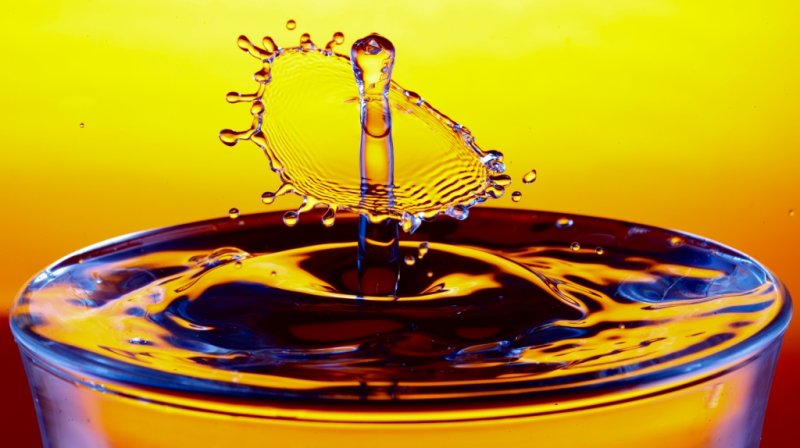 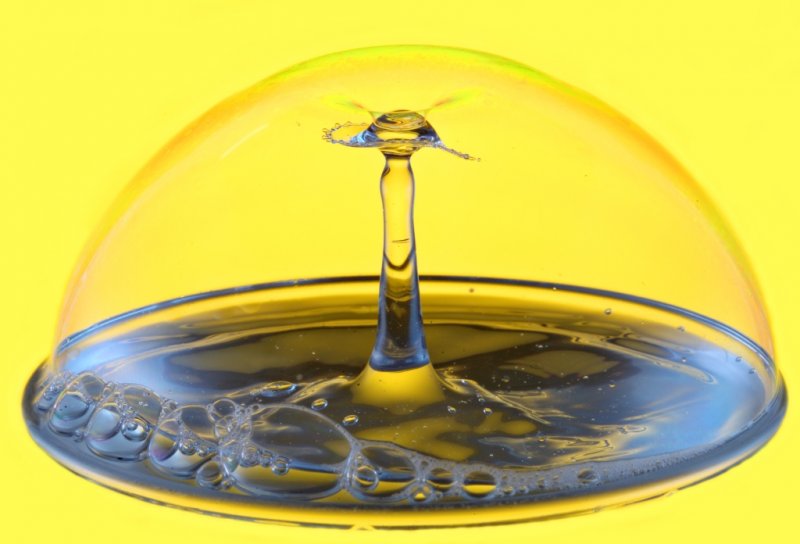 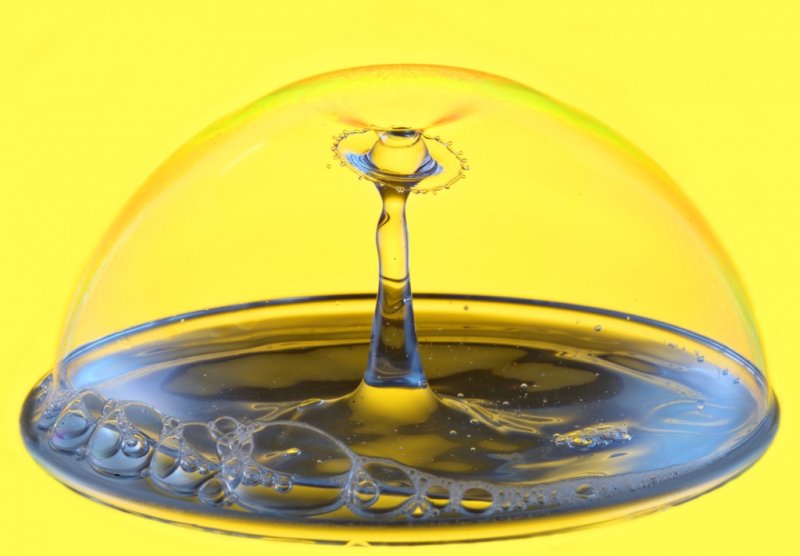 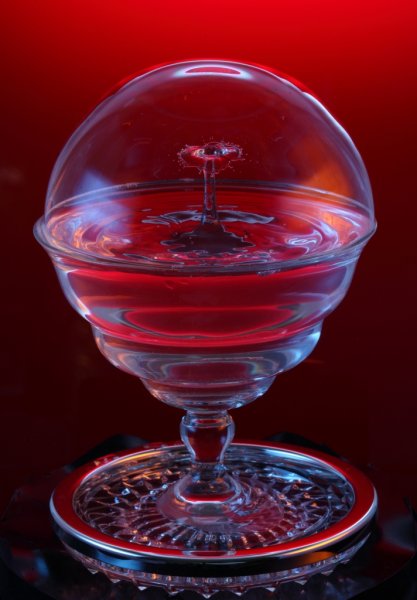 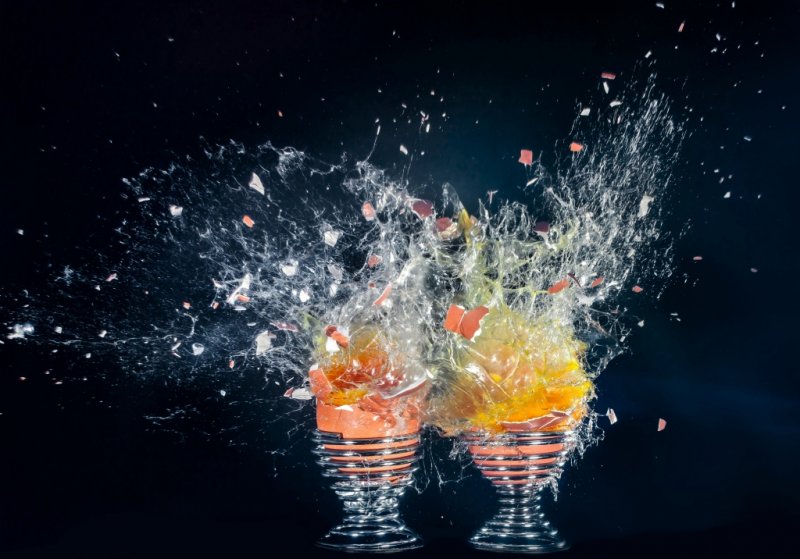 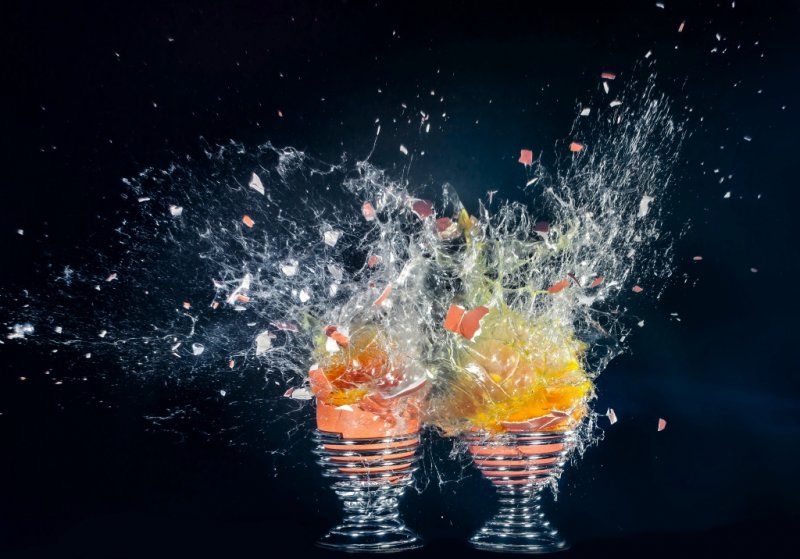 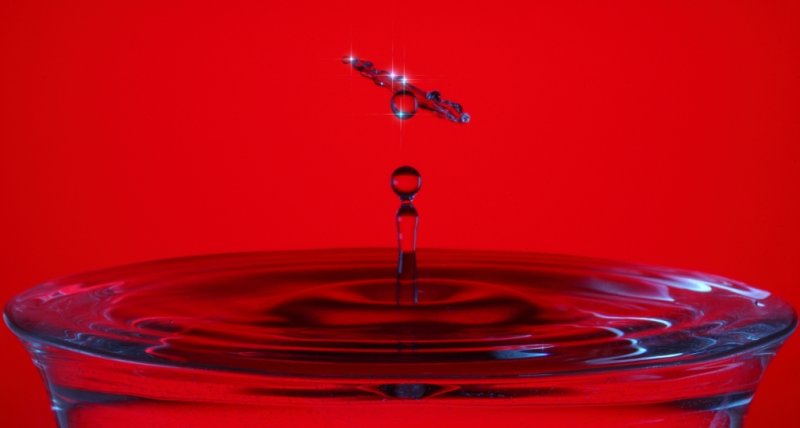 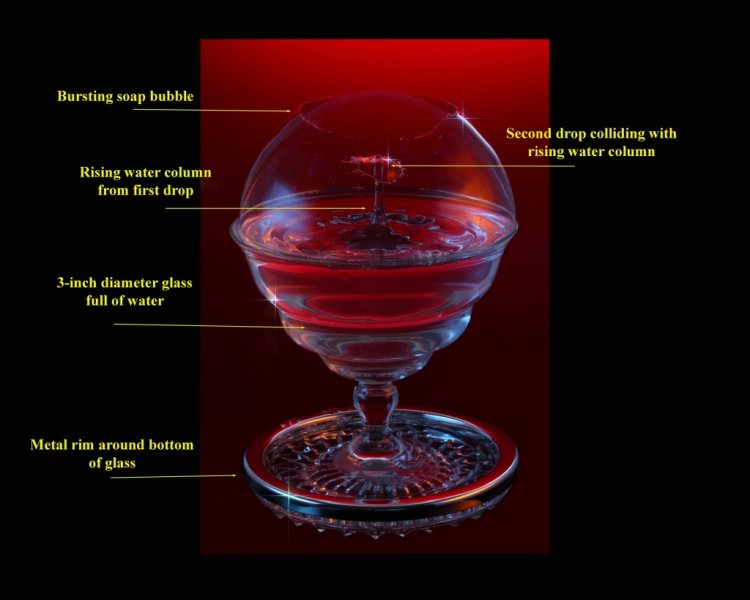