Special projects will include non-photographic work as well as unusual photographic techniques such as using pinhole cameras for imaging the Sun’s path across the sky.  The accompanying image  shows 6-months of the Sun’s path across my southern horizon taken using a pinhole camera.  The top Sun trail is for the Summer Solstice on June 21st 2010, and the lowest Sun trail is for the Winter Solstice on December 21st 2010.  The trails are “distorted” as the pinhole camera used was a beer can and the 5 x 7 inch photographic paper used to record the image was folded around the inside of the can.  Since the recording medium was not flat, the Sun trails are projected onto a (curved) cylindrical surface and the resulting image is therefore distorted.  This image made its way into the local “Lymington Times”, the Daily Mail on-line and it also appeared as an EPOD (Earth Science Picture of the Day).  I now have two new pinhole cameras on the outside south-facing house wall imaging the Sun’s path across the sky, but these cameras are made from tea bag tins (flat) and the photographic paper lies flat in the back of the tin.  So if the next set of images come out o.k. we shall see an undistorted image of the Sun’s journey across the sky from Solstice to Solstice. 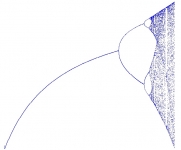 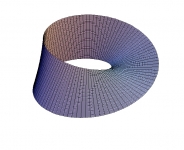 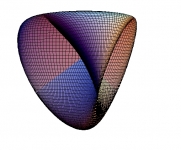